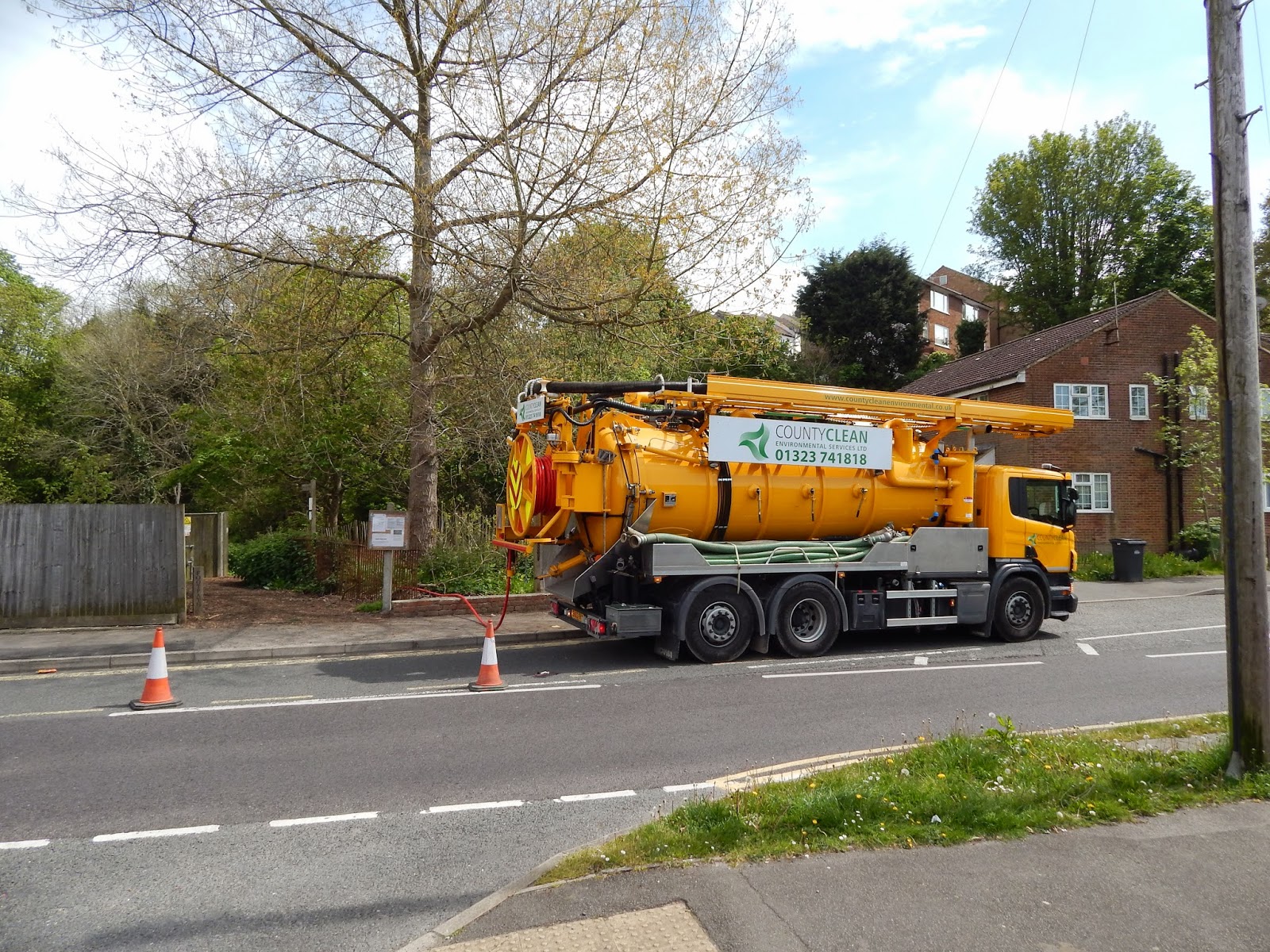 29th April 2014
SEWAGE ISSUES SET TO POSSIBLY DESTROY THE WOODLAND
We visited the Woodland today to found yet another service vehicle in Speckled Wood trying to resolve the drainage issues. 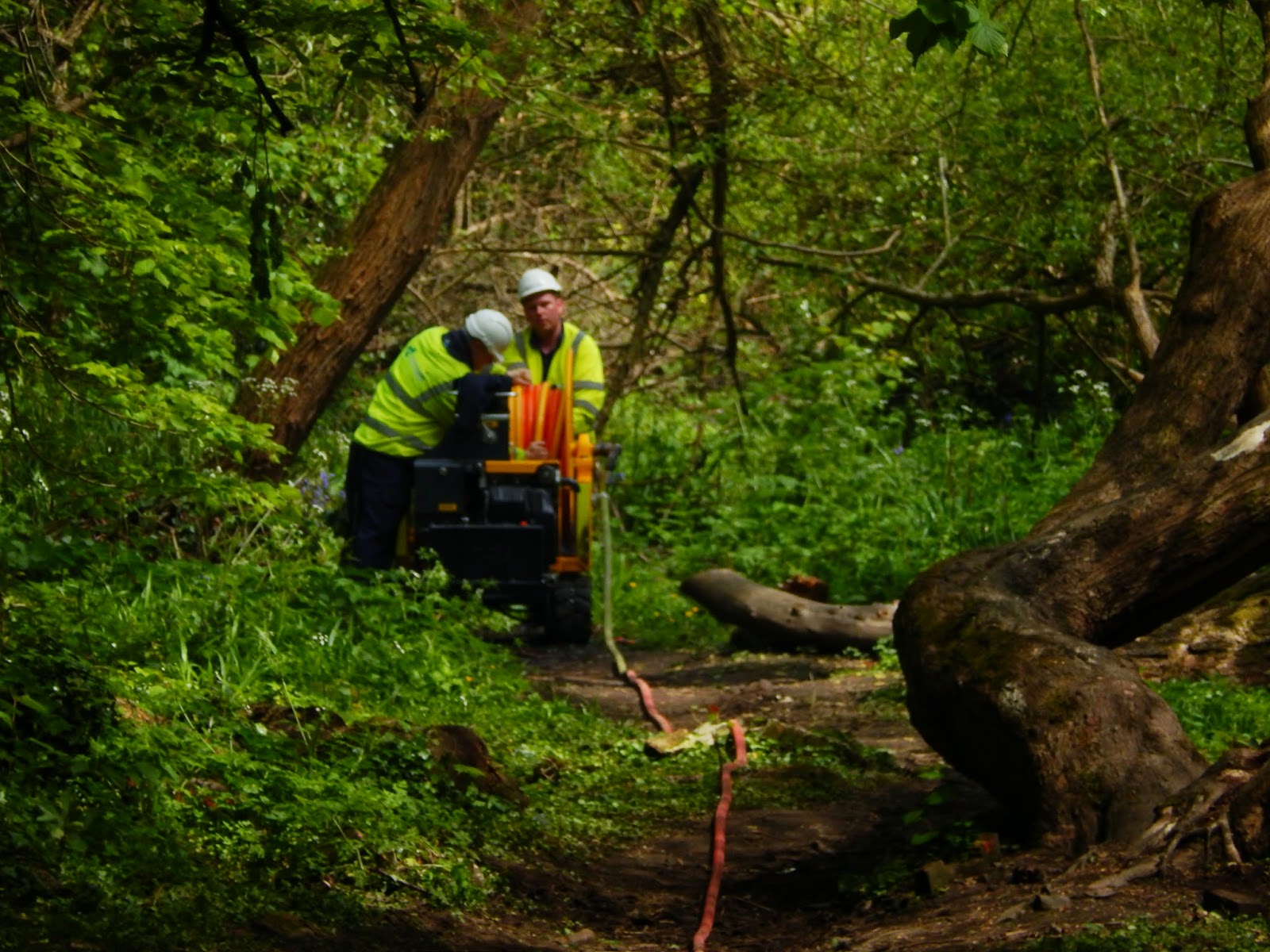 £20,000 had been sent in to clear the pipework of roots only to fail as the cutter was to large to fit the access hole. As the vehicle left it was spewing waste into the stream from its pipes that had been in the sewer. These were being dragged through the stream and the tracks of the vehicle were destroying the footpaths This visit today we learned cost around £1500.00. The Stream had been cleared out by the heavy rainfall several days ago and the Trust had been told that the job had been signed off. This clearly is not the case.

The contractor on site told us that the other sewage pipe which is faulty from School Rd had been discussed in a meeting with Clancy Docwra where the discussed solution was a ten ton JCB coming in to rip out the sewage pipe from the bottom of the Woodland. Previously the sewage had failed polluting the stream and the sewer had been rodded to let the sewage dissipate. Southern Water are looking into this and could not comment.

The sewer drainage in this area has been known to be in a condemned state for some years as the Victorian pipework was never intended to  meet the housing demands put in by the Planning Department. The Trust calls for the two sewage pipes to be condemned before more damage to this Woodland Ghyll is caused.
Posted by Friends of Speckled Wood Mangement Trust at 06:19:00 1 comment: 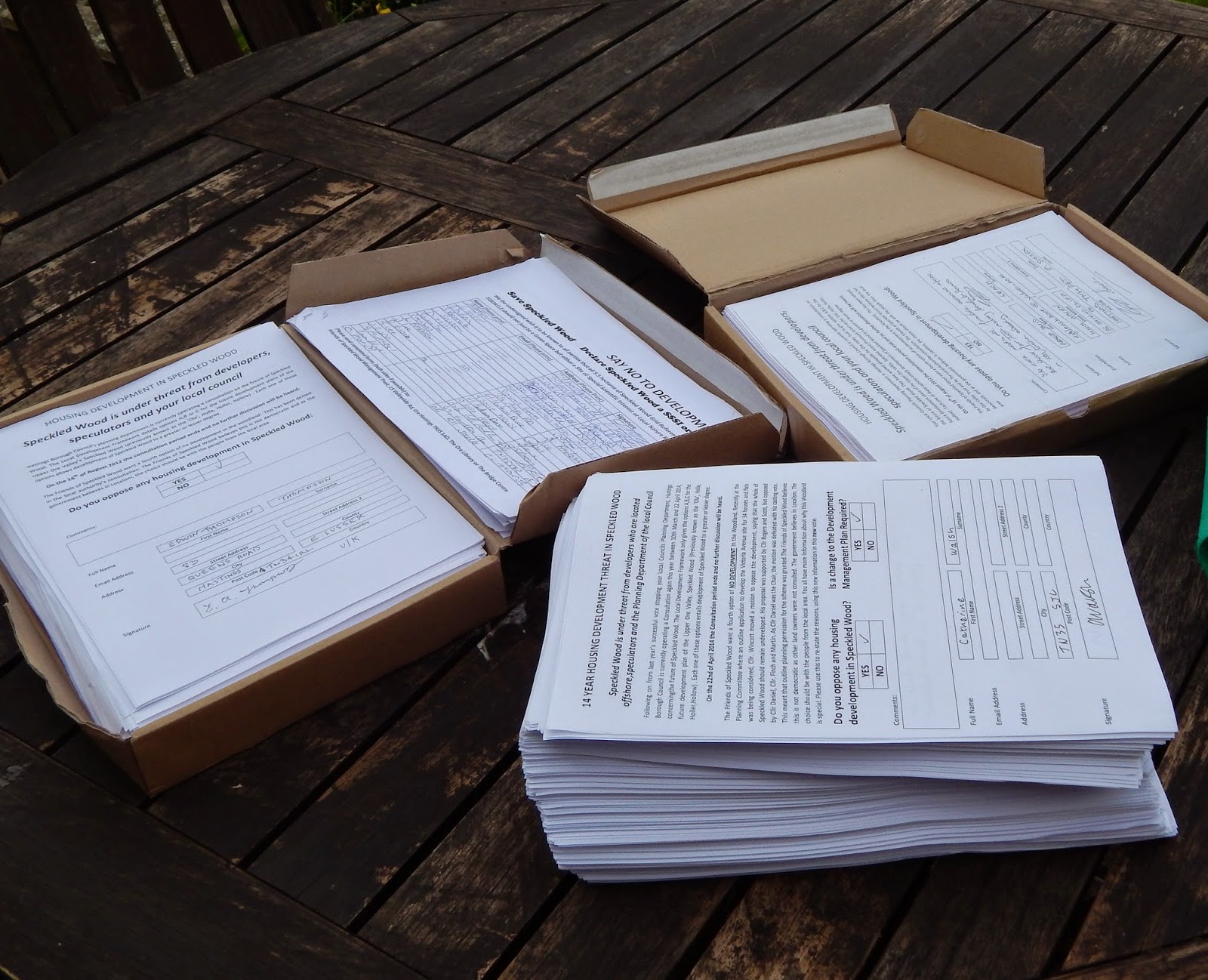 Pictured left is approximately half the responses gained on the two Consultation in 2012 and 2014.1231 in 2012 and 1236 in 2014. The additional responses from the Victoria Avenue Planning fiasco is 666 and the 422 Pledges to save Speckled Wood makes a grand total of 3555 objections to-date.

The Trust has asked the Hastings Borough Council to allow them to bring the Speckled Wood  matter to the next Hastings Cabinet Meeting. There has been no response. The Fiasco of the Outline Planning has seriously undermined the General  Public faith in the Planning Department Officers.

A Recent land slide at Ecclesbourne Glen due to improper process is another indication that our Boroughs Planners are making bad decisions that have a serious consequence. what will be next!
Posted by Friends of Speckled Wood Mangement Trust at 06:05:00 No comments:

The Trust Ask "Can They Take Their Consultation To The Hastings Cabinet?" 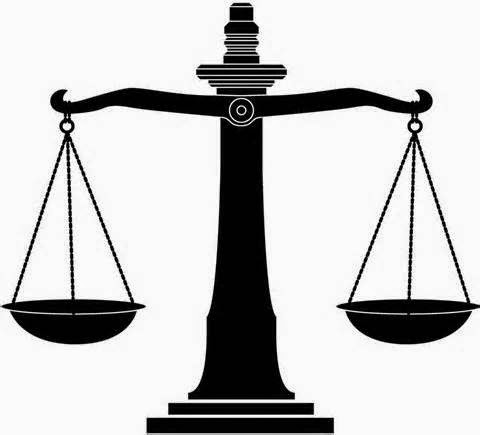 10th April 2014
THE TRUST ASK "CAN THEY TAKE THEIR CONSULTATION TO HASTINGS CABINET?"
Today a formal request was made to the Chief Legal Department of the Hastings Council asking to take the Trusts 2014 Consultation into Cabinet. The Trust is waiting to here if the Hastings Borough Council is not diplomatic and  will refuse this request.

The Trust has been very busy obtaining this response which the wording has been seen by the Council Councillor and Officers prior to the start of the Consultancy in an attempt to use it to its best effect.

The Trust has been writing to the Council Solicitor for a month now in relation to complaints of non-democratic process. The Localism Act gives the communities the opportunity to overturn Policy. The Trust is hoping this matter will be heard.
Posted by Friends of Speckled Wood Mangement Trust at 03:37:00 No comments:

Clancy Docwra Sewage Specialists were in the woodland today 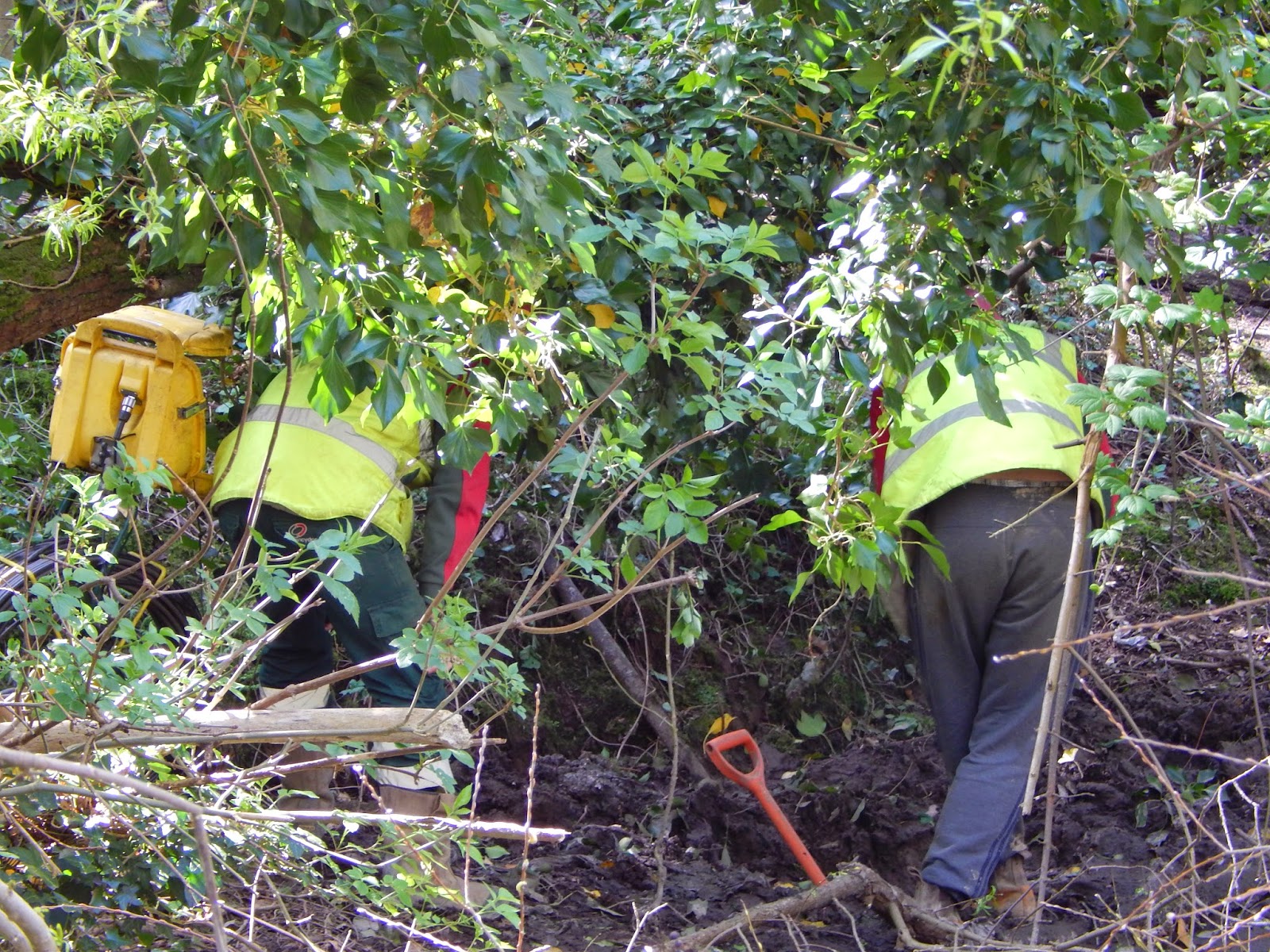 CLANCY DOCWRA SEWAGE SPECIALIST WERE IN THE WOODLAND TODAY

Today the Woodland was busy with yellow coated men from a specialist team dealing with the sewer issues in Speckled Wood.

They told our Chairman that they had used a camera with a fibre optic pipe to see what was in the sewer . They identified a large root bundle that they have been trying to remove.

We are told a large water cutting lorry may arrive on site either today or tomorrow to try to cut the root ball out of the way if attempts with hand tools failed.

YOU CAN VOTE ON LINE HERE WE WILL DELIVER THIS TO THE FORWARD PLANNING DEPARTMENT FOR YOU:
http://www.friendsofspeckledwood.org.uk/consultation/ 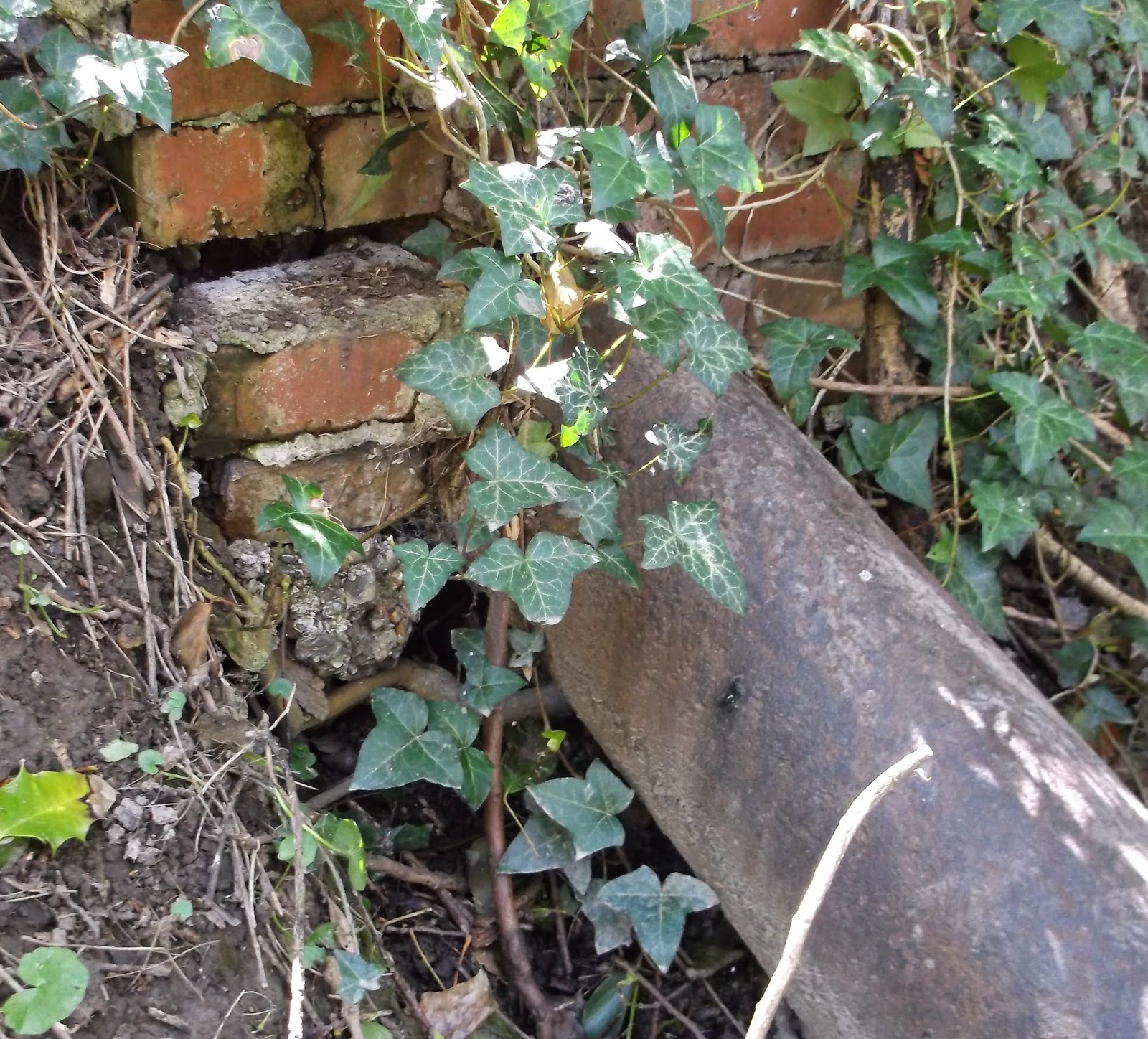 Today this afternoon the Hastings Borough Council Environmental Officer visited Speckled Wood. He reported back to the Council that there was another sewer which was faulty .

This is the second Sewer failure in two days in Speckled Wood . The Trust Chairman stated that "this explains the failure of  the tadpoles that where laid in the stream to hatch. The PH of the water from the sewers was thought to be the reason for this failure. This thankfully only effects the lower section of the water course . "

This comes after the Trust warns of pollution from prospective new housing in Speckled Wood reaching the waterways of Alexandra Park. It is clear that the failing of these sewers make it difficult for anyone to see any viability of new houses using these Victoria  aged sewers.

The Chairman asked everyone not forget the Consultation to save Speckled Wood. Thrust have received 645 votes to remove Speckled Wood from the DMP to date. Please keep voting there is less than 8 days left. We will be in Priory Meadow on Saturday please come down and sign.


YOU CAN VOTE ON LINE HERE WE WILL DELIVER THIS TO THE FORWARD PLANNING DEPARTMENT FOR YOU:
http://www.friendsofspeckledwood.org.uk/consultation/

Today the Chairman of the Trust was notified that there was a serious sewerage leak in Speckled wood that potentially was threatening the stream with pollutants.

Our Chairman notified Southern Water who acted by sending out  a specialist from Clancy Docwra.

The Chairman said "The Clancy Docwra crew were here very fast and put counter measures in very quickly. The team arrived this evening put up fencing and cleared the broken sewer. The Sewer pipe will be repaired tomorrow . I have to say I met some lovely people and felt very happy with their efforts." 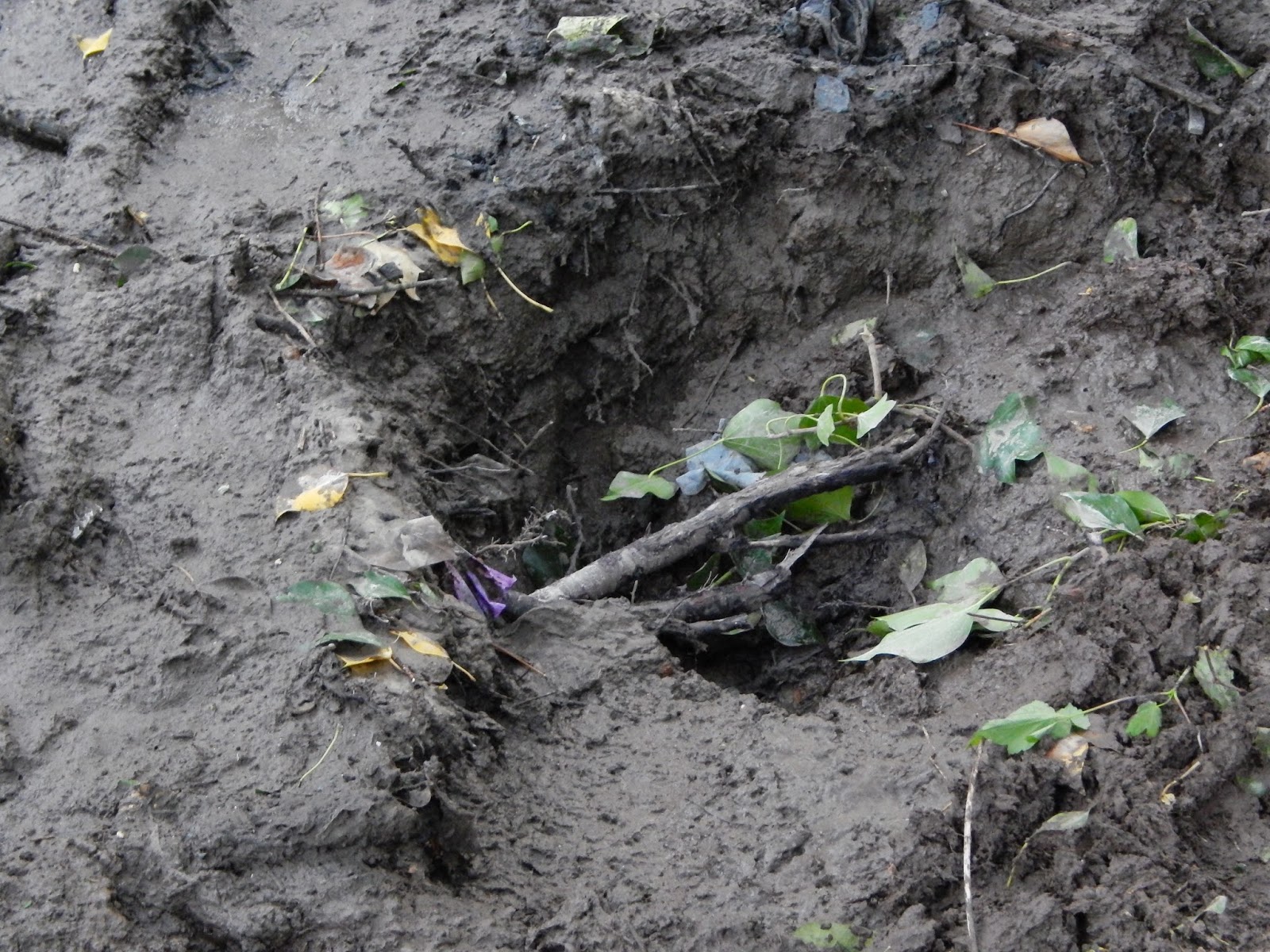 The Sewer pipe is part of the old Victorian sewage system  from Old London Road. This morning the countermeasures and spill kit seemed to have worked with the area drying up over night.

The water quality tester or PIF was extremely efficient and tested the water for Ammonia through out the incident.  The PIF explained that the spill kit should only be removed by Clancy Docwra .

More activity will be seen in the Woodland tomorrow as the pipework is repaired .

The Chairman asked everyone not forget the Consultation to save Speckled Wood. Thrust have reiceved 645 votes to remove Speckled Wood from the DMP to date. Please keep voting there is less than 8 days left.

YOU CAN VOTE ON LINE HERE WE WILL DELIVER THIS TO THE FORWARD PLANNING DEPARTMENT FOR YOU:
http://www.friendsofspeckledwood.org.uk/consultation/

Posted by Friends of Speckled Wood Mangement Trust at 23:39:00 1 comment: