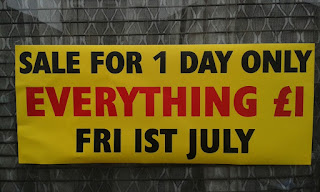 The Community Shop in Ore , Hastings is having a £1.00 SALE for one day only . If you spend £10.00 there is free tea or coffee & cake in the gallery room. Please come and help support us . There will be a collecting tin for the charity in the shop. We would love your support.

battle threatens "Natural England over its lack of monitoring of licences." battle threatens "Natural England over its lack of monitoring of licences."
29th June 2016

On the 23rd June 2016 the MP Amber Rudd  wrote to two Directors of the Hastings Badger Protection Society in regard to the serious correspondence and breach of license terms particularly in the area of Kent and Sussex.

The matter has been passed to Dame Julie Mellor of The Parliamentary and Health Service Ombudsman asking her to investigate and address the points of ten serious failings believed to be occurring.  The most serious being a breach of a former Decision Notice with regard to a piece of Land in Hastings which is part of Speckled Wood Estate.

What concerns the Hastings Badger protection Society is the proper enforcement procedure and advice which is causing cruely to protected wildlife.  Natural England is believed to have last taken publicised action in regard to wildlife crime in 2012. The Hastings Badger Protections Society believe this is not good enough.

Where is the Scrutiny? 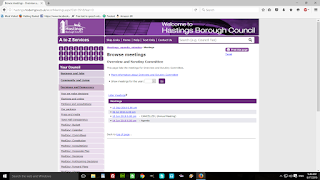 For several years the Friends of Speckled Wood have been sending concernes to to two Council email addresses these are email addresses oandsservices@hastings.gov.uk  or oandsresources@hastings.gov.uk  .The Council Corporate and Democratic Services Officer Ms. Lisa Greathead said in a communication by email yesterday "I have checked with the Council’s IT Department and the email addresses you give are incorrect and therefore any emails you sent would not have been received.  There is no valid email address for Overview and Scrutiny Committee.  I have checked with the Council’s Complaints Officer and there is no record of any complaint being made by you in the last year in respect of this matter." Further to this she said that the Council Scruitiny commitee had met more than once here is a video link to the diary for the Overview and Scruitiny Committee https://youtu.be/m8V1qVbQuN0  The Trust is unsure how the Overveiw and Scrutny is able to function with no contact points . This is quite unbelievable.
Posted by Unknown at 23:56:00

Parliamentory and Health Service Ombudsman Intervention Required
14th June 2016
A second referral has been made to MP Amber Rudd asking her to refer a matter in relation to NE handling of licenses in the Kent and Sussex areas. The communications details failings in monitoring of these licensees, and enforcement of the licenses. It is hoped that the Parliamentary Ombudsman will draw on the Church Street case which they dealt with and draw further conclusions.
Posted by Unknown at 02:24:00 No comments: