The matter between the conflicts of the two Information Commissioners Office Decision Notices was put before the First Tier Tribunal Service today 16th December 2015. It is hoped that there will be a Judicial Decision on these two Decision Notices sometime in April 2016.

Posted by Friends of Speckled Wood Mangement Trust at 03:32:00

The Trust and Charity were informed yesterday that the Parliamentary Ombudsman had assigned an Investigator to look into the concerns in regard to Natural England and the advice that has been given by their Wildlife Officer. The Trusts and Charity have been complaining that the site at Church Street had not been recognized properly and that incorrect diagnosis was given to the Police and other Agencies.

Posted by Friends of Speckled Wood Mangement Trust at 23:58:00 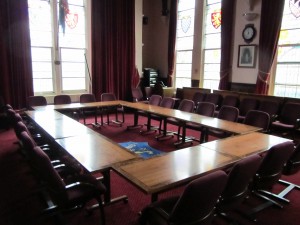 The Trust and Charity made a complaint to the Ombudsman yesterday in respect to the Councils handling of the Development Management Plan Process.

Every opportunity in 126 days had been given to the Council to provide a genuine authenticatable legally compliant copy of Richard E Hollox's the Planning Inspector Report.

The only document being provided was a Report created on a Forward Planning computer and signed by a font used by the  user of this computer to sign thier letters.

The Council promised during the Cabinet meeting October 2012 that they would defer to the Planning Inspector to make this decision. The Friends of Speckled Wood and other groups placing a strong case and the Planning Inspector welcoming the Woodland to be kept for educational and wildlife and that it was a beautiful area that should be able to be used by the local Public. No documents have been provide as part of an update to the Green network Infrastructure and no Legally Compliant Report has been provided .   A Ninty two page report was also sent to the Ombudsman at the same time. The response from the Council when told about this situation stated "It is quite inconcievable,  that the Report having been recieved from the Planning Inspectorate is anything other than genuine." It is clear a ruling from the ICO has stated that a genuine report which was  authenticatable was correctly  stated as not beig held by tthe Planning Inspectorate.
Posted by Friends of Speckled Wood Mangement Trust at 04:19:00

There has already been one Decision Notice from the ICO in regard to the information Request for the Inspectors Report for the Hastings Development Management Plan. A letter was sent to forward planning today as the email for Ms. Kerry Culbert did not seem to function correctly. A five page letter has been sent by Royal Mail Signed for Delivery Ref:  KP294715049GB which was recieved by the Council offices at 20th October 2015, 10:20am in regard to the serious complaints which have been not resolved.

Posted by Friends of Speckled Wood Mangement Trust at 05:51:00

An explanation is required by the Charity & Trust from the Councilor who at the Full Council Meeting 23rd September 2015 stated his organization OCLT had been commended by the Planning Inspectorate for their work. People need housing he stated saying  there is a shortage in the borough.


The Charity has been told in fact that there are 850 empty houses available in the borough This figure was also broadcast on commercial radio Station Radio Sussex a few days ago.

The Full Council was also told that there was nothing that could be done with this Plan for ten years if it was not adopted. The Charity and Trust believe that the meeting could be held over lawfully. In addition no information or discussion was held during the meeting about the absence of the Planning Inspectors Report, despite the Planning Inspectorate stating they do not have a signed copy! The Meeting can be viewed here : https://youtu.be/Lcvnbr4bDlk?list=PLNMmo_vdYzeXO6NV-R6kzjNGRMb9qP8sQ A complaint has been made to the Council through their electronic service no response has been given. A follow up has also given no response. The folders pictured above constitute around 2000 letters which have been sent  by the Trust and Charity to try to convince the Hastings Borough Council that the public's 7000 responses that it received through its systems including thier website http://www.friendsofspeckledwoodmanagementtrust.org.uk/consultation/ merit the Woodland Speckled Wood Estate being saved. The Trust and Charity would like to see a picture of the correspondence OCLT has sent in to Council as it is clear that they did not do this alone.  It is surprising that the Council has made no comment in regard to the statements by the Information Control Office  or by the Planning Inspectorate.

Posted by Friends of Speckled Wood Mangement Trust at 11:29:00