Has the Trusts hard work been plagiarised? 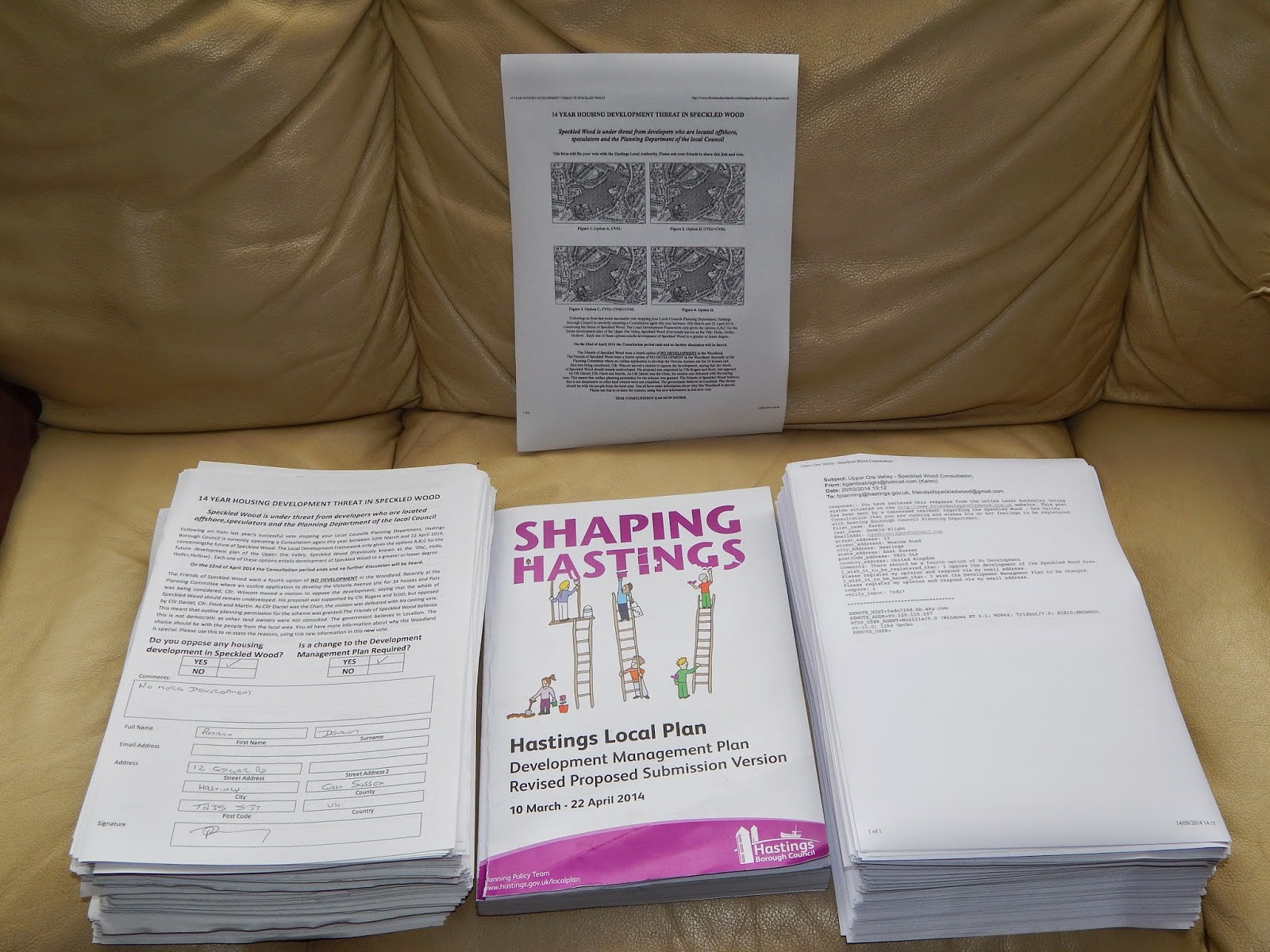 26th September 2014.
HAS THE TRUSTS HARD WORK BEEN PLAGIARIZED?
The Trust has been examining the online documents submitted to the Public Inspectors office on the 31st July 2014.

These documents seem to have no mention of our Trust or Charity in the Council Forward Planning Departments  documents that they provided to the Public Inspector Mr Hollux.

We are very concerned by these actions to portray historic events as something quite different. We  have worked very hard in 2012 and 2014 to canvass the opinion of the public.

It is noted that the only group recognized in this paperwork submitted to the Inspector is Ore Community Land Trust as all of their responses have their name on them.


Posted by Friends of Speckled Wood Mangement Trust at 04:41:00 No comments:

The Scouts have a scavenger hunt in Speckled Wood

19th September 2014
THE SCOUTS HAVE A SCAVENGER HUNT IN SPECKLED WOOD.

The 4th Hastings Scout Group had a wonderful scavenger hunt in Speckled Wood this evening the scouts all with torches had to find items left by their leader and a few unusual items too. The Woodland was brimming with animal life moths badgers and foxes. The 4th Scout leader said Speckled Wood was wonderful and they were all thoroughly enjoying themselves. Pictured is Stuart in the wood laying down items for some of the scouts to find. We hope this will be a regular activity in the woodland. The Trust wish to thank scouts for putting this on. We hope all the scouts enjoyed this activity.

Posted by Friends of Speckled Wood Mangement Trust at 12:07:00

Has the Council been Courting The Park Lane Group.

18th September 2014.
HAS THE COUNCIL BEEN COURTING THE PARK LANE GROUP.

The Trust learned to today  from invitation that have been sent out that  Park Lane Group has been invited to the Public Inquiry surrounding the Revised Development Plan.

This is the first time the Council has shown its hand .
Posted by Friends of Speckled Wood Mangement Trust at 03:08:00 No comments:


Robert Tressel would be ashamed.

This area Speckled Wood was given to the public in 1930 do not let them take it away from you  for their own greed. This is a Public Space. Nothing to date has took this away . This Development Management Plan will do this. 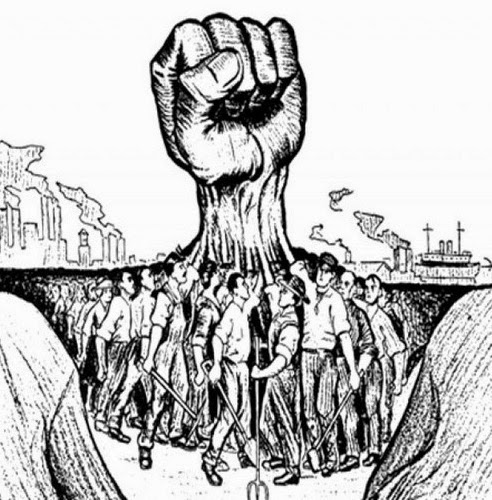 The Trust is very unhappy with this process and is publicly disclaiming it as a sham . Their hard work in 2012 and 2014 has been ignored by the Council and their entourage.  Country File and the News have been contacted but nothing seems to be being done. This is disgusting we strongly ask you to "RISE UP" and fight this debacle before it is to late.

The Council has a 18 year plan to build on just about every Green Space in Hastings you have been warned.
Posted by Friends of Speckled Wood Mangement Trust at 00:21:00 No comments: 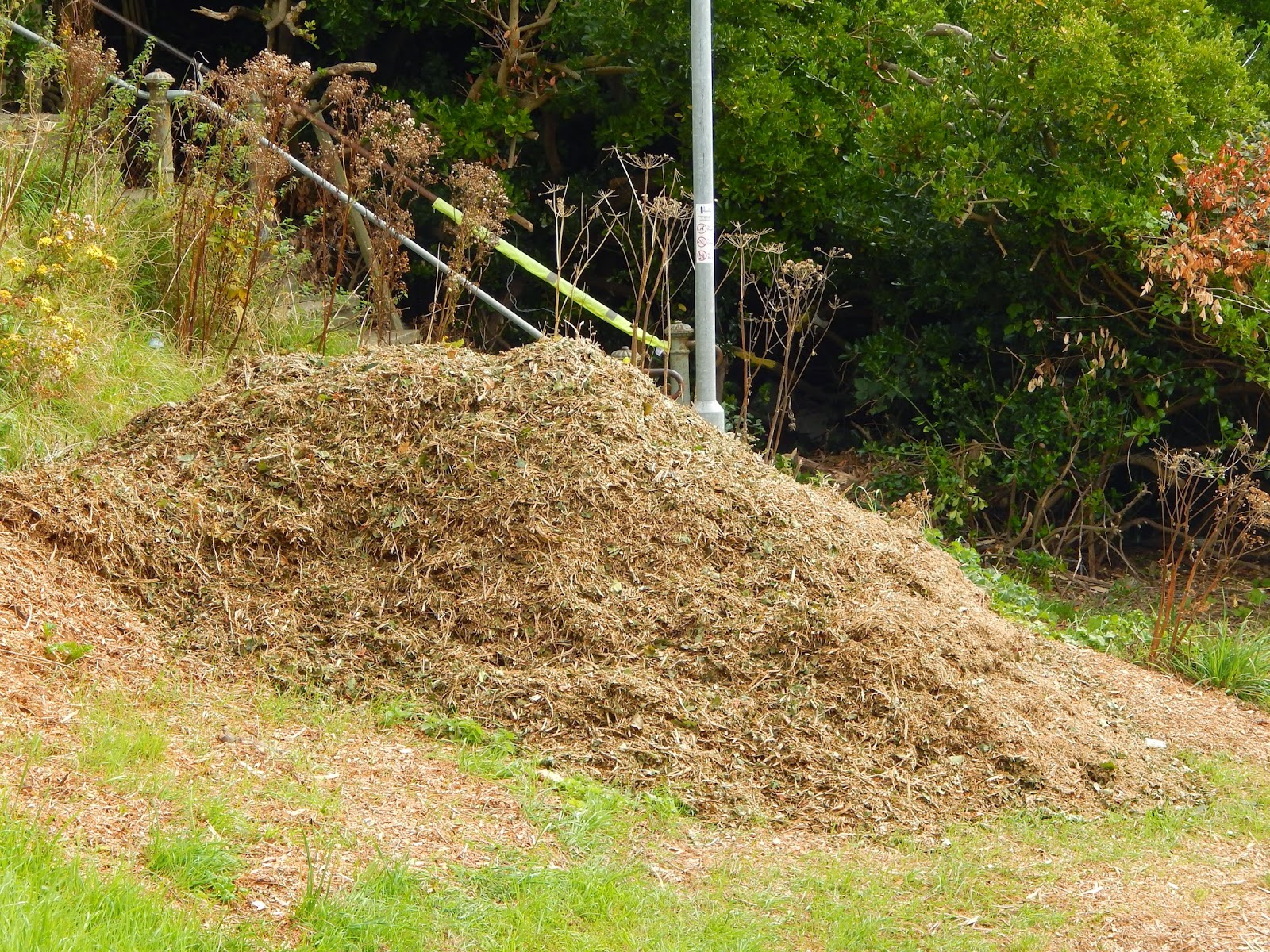 15th September 2014
THE TRUST ORGANIZE MORE WOOD CHIP
The Trust want to thank Simon for his help dropping off Wood chip to Speckled Wood for the Paths . The Trust needs as much chip as it can get to put on the paths of Speckled Wood. The first delivery was delivered today.

The Trust clean up the Village Green. 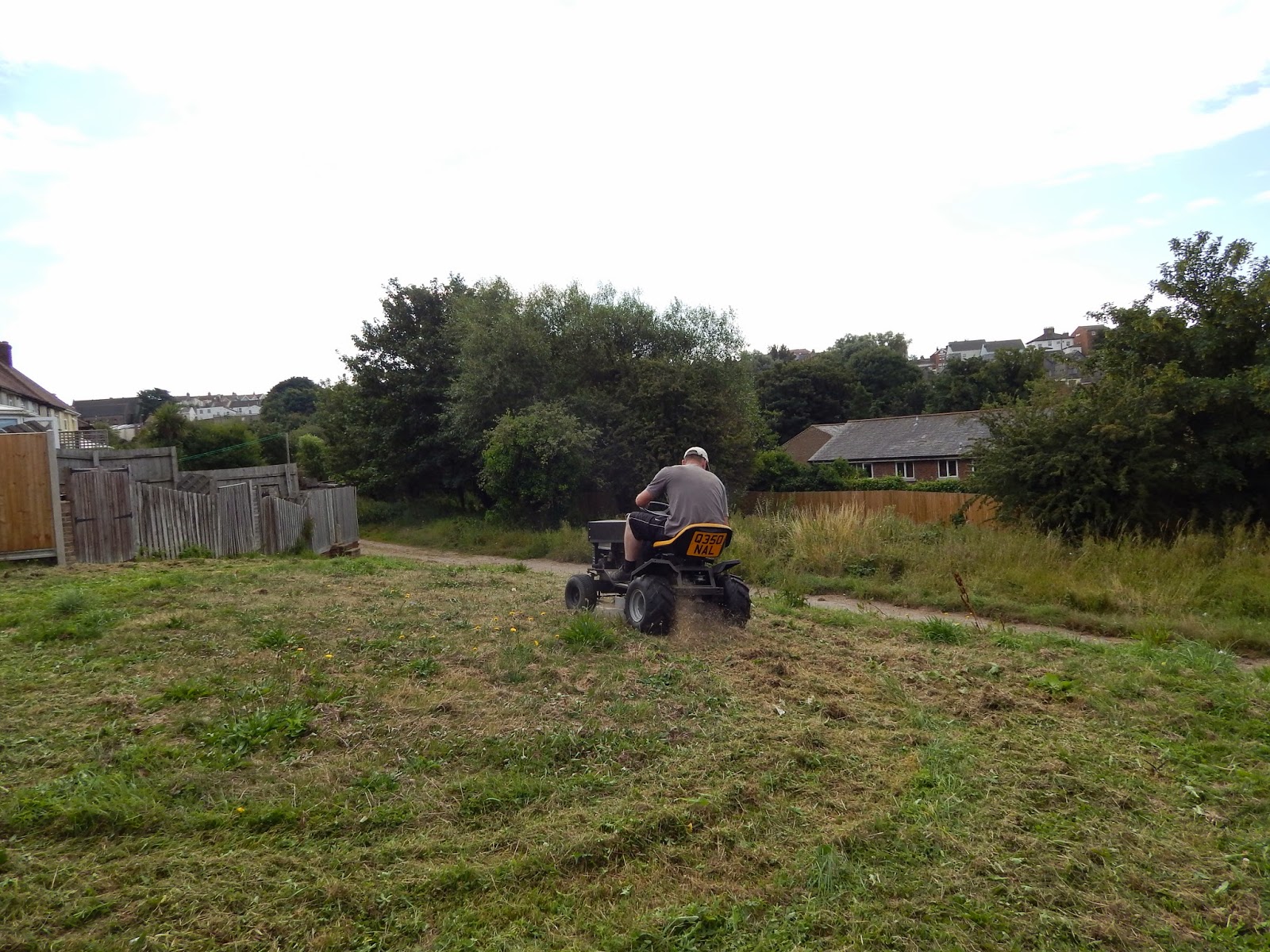 12 September 2014
THE TRUST CLEAN UP THE VILLAGE GREEN.
Today the Trust was asked by residents to cut the Village Green in Clifton Road. The residents where very pleased that the Trust was doing this and all came out to thank them members working there.

The Grass was long and unkempt and was desperately neglected . 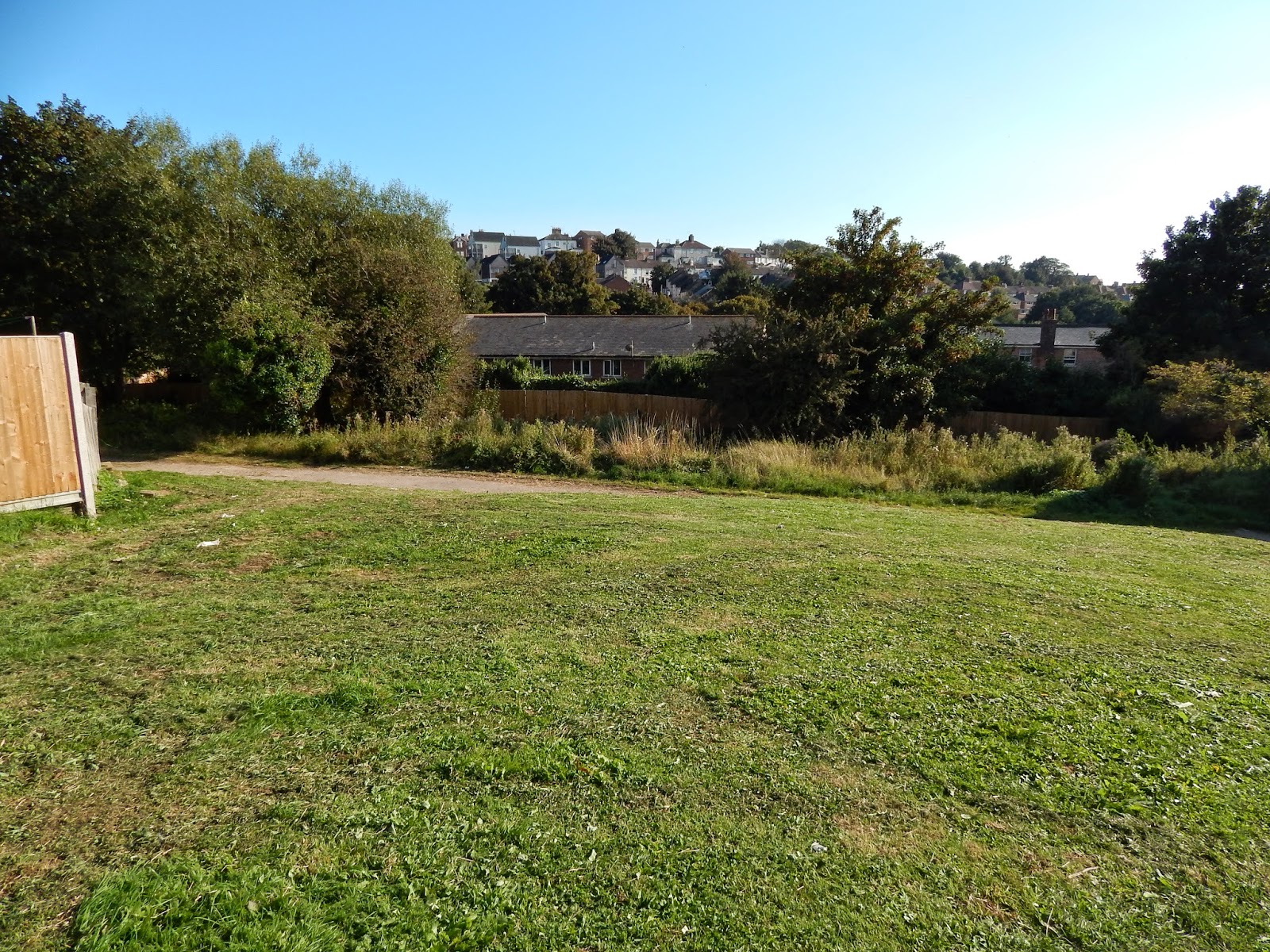 The Trust and the local residents all use the Village Green regularly . This is now the second time the Trust has to maintain this land  in less than a month.  The Green looks like a Village Green again now and the Seagulls have taken up occupancy.

The local resident said " Its lovely to see someone cutting it who doesnt want to build on it "
Posted by Friends of Speckled Wood Mangement Trust at 09:15:00 No comments:

10th September 2014
THE TRUST LEARN SPECKLED WOOD IS TO BE ADDED TO THE POLICE ROUTE.

The Trust Chairman was informed this morning that the Police  have commited personel to the Speckled Wood area . This news is Welcomed by the Trust and hope will be beneficial to the area and thank the Police for thier help.
Posted by Friends of Speckled Wood Mangement Trust at 01:43:00 No comments: 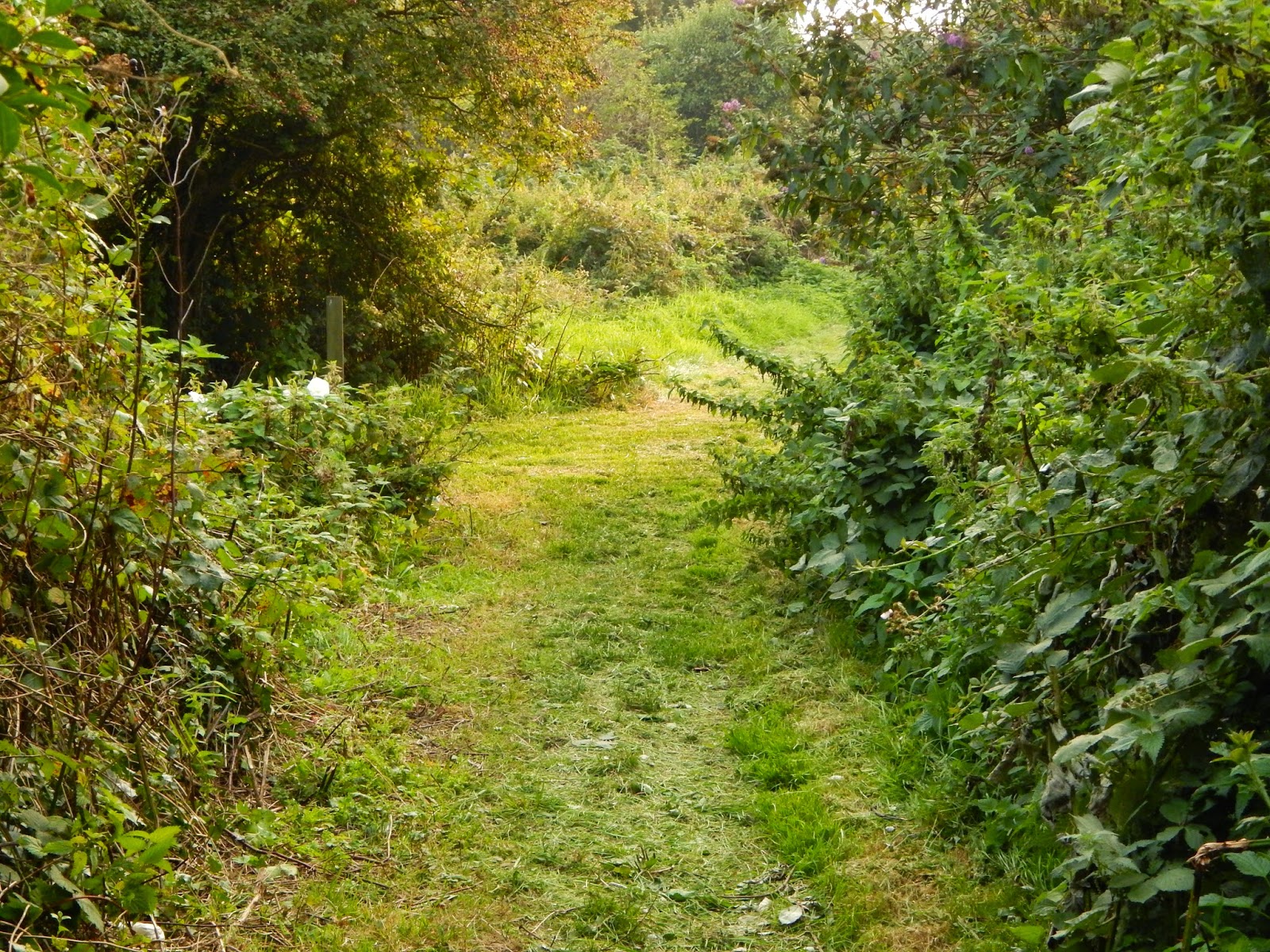 6th September 2014.
THE TRUST CUT GRASS IN SPECKLED WOOD AND AROUND THE UNADOPTED ROADS

The Trust was busy cutting back the pathaways in and around speckled Wood this Weekend. This was done to make the pathways more accessable to the Public. The Trust has been managing these areas for some time now and the areas are starting to look much better . The Trust have asked the Local Tree Surgeons for chip to put on the paths-ways in Speckled Wood and Church Street.
Posted by Friends of Speckled Wood Mangement Trust at 02:25:00 No comments: 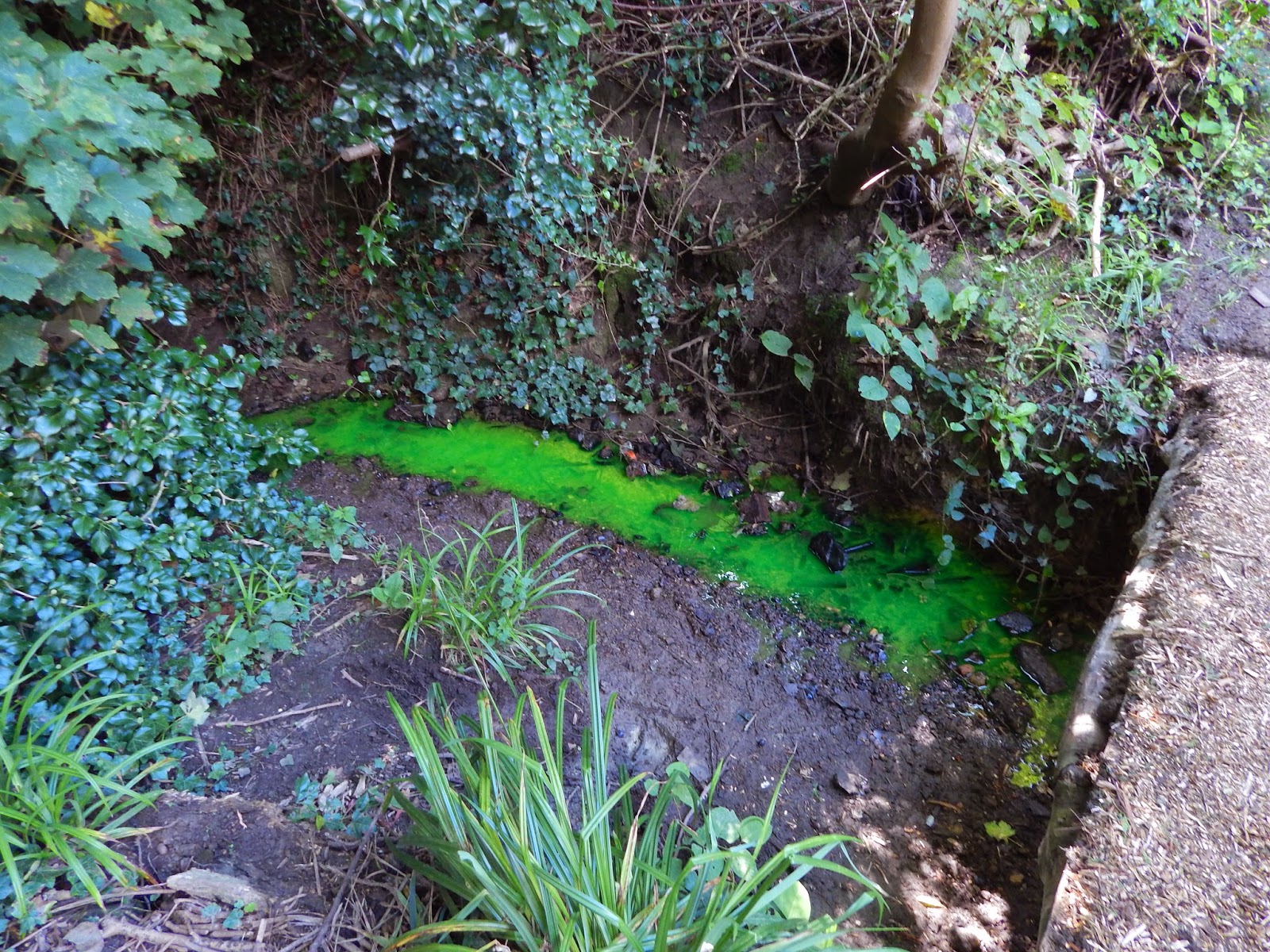 Reports have been made regarding the green dye that has turned the Ore Streem totally Green this morning. The Trust has been investigating this and the sources seems to be from an Enviromental Investigation being conducted by a contractor on behalf of Enviromental Services. The Contractor stated that they are tring to clean up all of the waterways in Hastings and are part of a team working on this to improve bathing water standards. This is now all on its way down to Alexandra Park.
Posted by Friends of Speckled Wood Mangement Trust at 03:23:00 No comments: