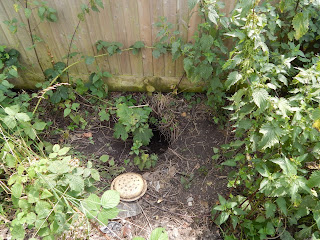 Councillors Street calls us liars
16th July 2016
Councillor Street in a public planning meeting said that there had been much misinformation given out by the supporters of Speckled Wood to protect the land at Church street . We was told that a fence had been errected which was not evident and that it had been placed to protect the badgers as was alleged by Cllr Richard Street Planning meeting . It is quite clear from the meeting that Mr Davidson was not even holding an updated biodiversity code of Practice for Planning and Development BS42020:2013 manual which he was refering to. This was evident from its cover. The advice was therefore in our opinion flawed.

On a visit to the site accompanying  Southern Water just last week it was evident that the badgers where not contained in this fence  and had dug out much to our suprise judge for your self we are quite appalled that none of the information provided by any party was taken into account it is just another serious flaw in the Councils Planning Department. Here is the sound recording that was taken: 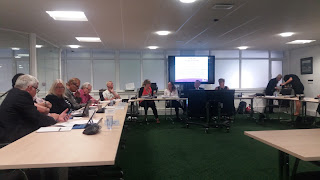 https://soundcloud.com/friends-of-speckled-wood/planning-meeting-20th-july-2017-church-street-cllr-street-in-chair
Posted by Friends of Speckled Wood Mangement Trust at 12:23:00